Northerly flow over the North Sea

Prolonged periods with warm and calm weather were present during the summer and therefore offshore workability was most of the time good. However, that is going to change rapidly and we will tell you everything about it in this blog.

During large parts of the summer, high pressure was located over central Europe and low-pressure systems were lingering out on the Atlantic Ocean. This general weather pattern resulted in warm and calm weather most of the time. However, the high over central Europe has dissipated and a new high over the Atlantic Ocean has formed and extends a strong ridge north towards Greenland. Meanwhile, an active low over the Norwegian Sea tracks E and lingers over Scandinavia from 15 September onwards. In between those two pressure systems a strong northly to northwesterly flow is present. 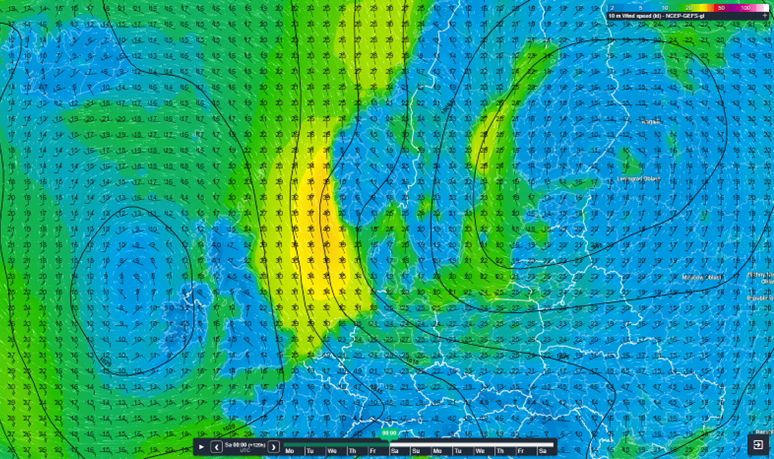 The combination of t strong northerly flow and a long fetch over the Norwegian Sea and the North Sea are the ideal ingredient for waves to build up relatively high. Occasionally some troughs are affecting the North Sea which could potentially increase the wave height even further.

A significant wave height up to 5m is forecasted over the northern and middle parts over the North Sea during the night to Saturday 17 September, which is displayed in Figure 2. The UK provides some shelter to the northwesterly flow and therefore waves are a bit less high (3-3.5m) along the UK coast. The same holds for the far south of the North Sea. A significant wave height of 2.5-3m is forecasted close to the entrance of the Channel. This is due to the UK sheltering effect and the less strong winds in that region. 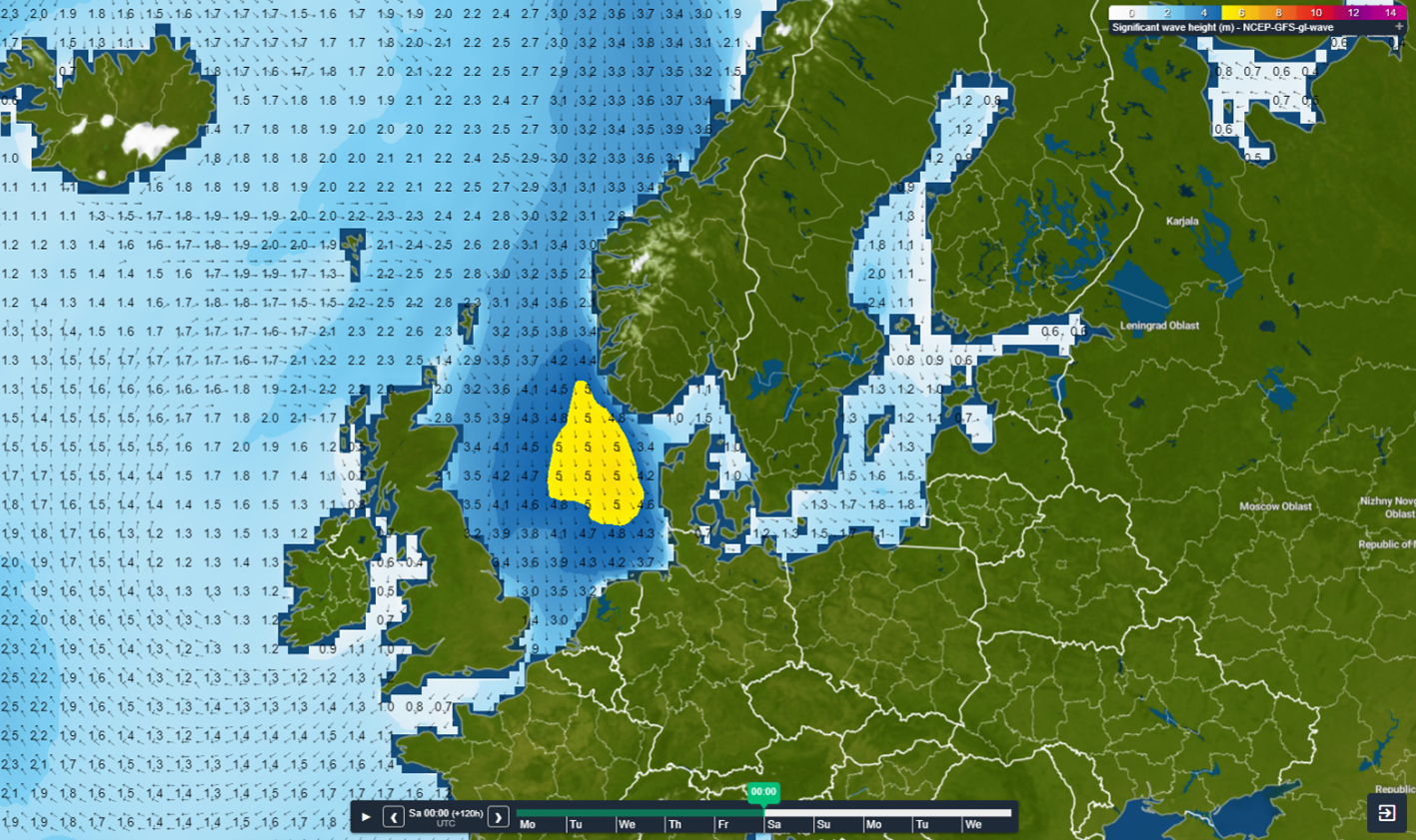 Effect on your marine operations

Both wind and waves can affect your marine operations to a great extend during these conditions. Limits are exceeded and working offshore can be tricky at the end of this week and during coming weekend. However, Infoplaza provides an extra forecasting service to stretch your workability a bit with the concept of motion forecasting. This extra service takes the motion of the vessel into consideration. Since you might be able to change the heading of the vessel, the ship can be placed in such a way that it has wind and waves have less effect on the vessel and therefore, downtime can be reduced. This might enable you to work a bit longer offshore when the winds and waves kick in from the north on Thursday and to start working after the weekend earlier when the weather seems to be getting better again. If you want to know all about this extra forecasting service, please contact us and we are happy to tell you all about it!

Sustained wind speeds, wind gusts, significant wave height and peak period. Those terms are just a small selection of parameters used by a meteorologist in a...