North Sea weather briefing week 50: The only certainty is uncertainty

There will be lows affecting the North Sea this week. However, the position of these depressions remain uncertain for now.

It’s expected that low-pressures will affect the northern North Sea this week, but the exact positions of the depressions are uncertain and the various global weather models do not seem to agree with each other on possible outcomes.

Forecasters however have concluded that a low-pressure area will linger over the northern part of the North Sea at the start of this week. It’s forecasted to move away during the week and therefore winds and waves are expected to decrease. A new and active low moves south into the northern North Sea on Wednesday. At this point models become conflicted, as to the exact course of this new low. The American model calculates a track along the Norwegian coast, curving into Fisher, resulting in gale force northerly winds in Viking. The European model has a more westerly track over Viking, and in this case the strongest winds are expected over the Shetland’s and Cromarty. 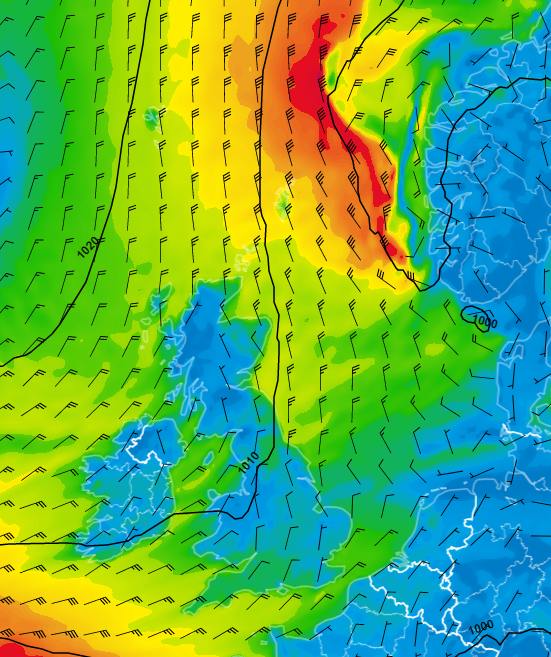 According to the American model, the Wednesday low is tracking S along the Norwegian coast. Forecast Wednesday 14 December 12 UTC).

Wind and waves in the North Sea this week

Waves will increase over the northern North Sea on Wednesday, but in Viking for example, maximum wave values are uncertain with 6-7 meters in the lower scenario but 8-10 meters in the most negative scenario.

How different this contrasts with the northern North Sea where there is a lot of uncertainty again by the end of the week with the development and track of a new low-pressure area. Best forecasts suggest a move east into Scandinavia on Saturday but the strength of the winds and especially position of the zone with strong westerlies at the south side of this low are difficult to forecast right now.

Models start to become more in line with each other over the longer term. A deep low-pressure area is expected to the west of the British Isles over the course of the coming weekend. Winds will start blowing from a southerly direction over the whole North Sea and are expected to increase in strength again.

Next week’s updated weather briefing will provide more information about this new depression and further developments. For now, stay safe and feel free to contact us at any time in case of questions or remarks.

We plan to post this weather briefing on our Infoplaza for Marine Weather Operations LinkedIn page as well. This is also the place where we will share other insightful marine weather articles, so be sure to follow us to never miss an update.