Will there be a full-blown Arctic outbreak from the north?

Last week brought a strong Russian high resulting in cold air masses from the east moving towards the North Sea. This week, another blocking high is forecasted to develop near Greenland and Iceland, producing an impressive Arctic outbreak on its eastern flank with strong northerly winds, high waves, and plenty of snow showers. Will these bitter weather conditions reach the North Sea? Find out below in this week’s weather briefing.

Weather charts continue to show unusual atmospheric conditions these days, with an overall tendency for blocked patterns over a prolonged period of time. This means that the default (south) westerly airflow is largely absent, and outbreaks of colder air from the north are much more likely to occur. We expect such an event to unfold this week.

Currently, a strong area of high pressure is building near Greenland, remaining largely stationary throughout the week. At the same time low pressure enters the northern parts of Scandinavia, slowly shifting south over coming days. In between, increasing northerly winds will rapidly advect Arctic air across the Norwegian Sea. A weak frontal trough preceding the colder air tracks south across the North Sea during the course of Tuesday 6th December (see Fig. 1).

Fig. 1: Northerly winds in the wake of the frontal trough over much of the North Sea.

In its wake scattered showers will develop over the still rather warm waters of the North Sea. The associated low level ‘heat’ release combined with rather long fetch will initially prevent a steep temperature drop, but as the situation remains unchanged more and more showers will become wintry from the north on Wednesday 7th December. By then even an isolated strike of thunder can’t be excluded.

In between showers local clear patches may occur amplifying the highly changeable nature of the weather.

During the second half of the week a secondary low is expected to track southwestward along the Norwegian coast towards the North Sea.  The secondary low expected to become slow moving whilst filling the area during the weekend (see Fig. 2). As a result, the coldest air will be blocked and flow out across the northern Atlantic. Wintry showers will still remain a distinct possibility though, likely accompanied by an isolated strike of thunder, especially over the northern and eastern parts of the North Sea. The thunderstorms will probably not reach the Scottish coast. 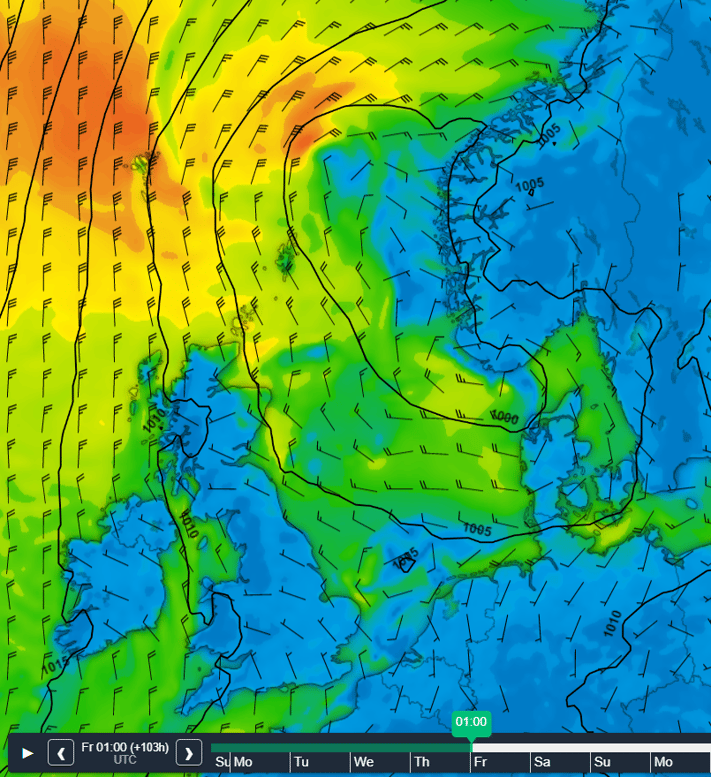 Fig. 2: Minor low just off the coast of southern Norway. The wind field on its western flank might affect the Northern North Sea.

The synoptic situation highlighted above allows for fresh to strong northerly winds (5-6 Bft) with long fetch to enter the northern North Sea in the wake of Tuesday’s weak frontal trough. Later on Tuesday 6th December, and through the night to Wednesday 7 December winds might occasionally reach near gale or even gale force shortly (7-8 Bft), especially over the northern parts of the North Sea and into the German Bight. As the air gradually gets drier wind chill will make it feel like it’s a few degrees below zero. We expect Hs to peak between 4.0 – 5.0m in those areas. Further to the south and west waves generally will remain lower, mostly due to shorter fetch and/or lower wind speed  (see Fig. 3). 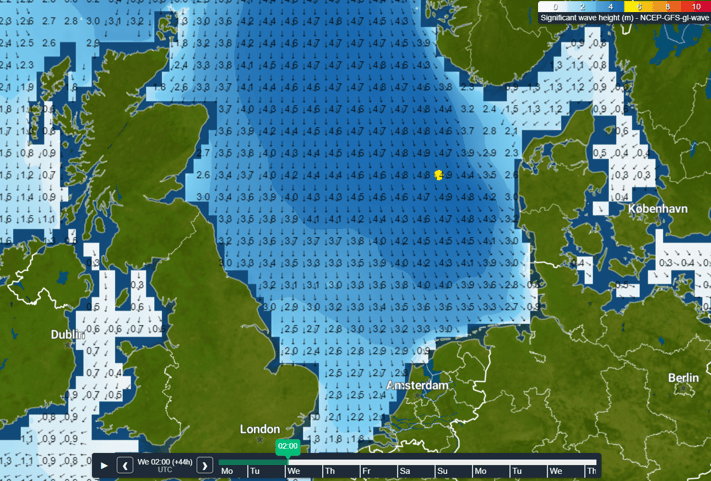 Fig. 3: Hs peak in the night to Wednesday over much over the eastern and northern North Sea.

During the second half of the week the pressure gradient loosens a bit, so winds are expected to decrease. Hs will lower accordingly. However, we do need to keep an eye on the secondary low discussed previously entering the northern North Sea on Thursday 8th December and Friday 9th December. Winds might again shortly peak to (near) gale (7-8 Bft) on the low’s southern and western flank, especially over and north of Forties and Fisher. As the low becomes slow moving over the North Sea forecast confidence may lower.

Another cold spell is about to break out over the North Sea, but this time not from the east but from the north. A full-blown Arctic outbreak seems unlikely though as the atmospheric constellation forces the coldest air to eventually flow out across the northern Atlantic, only partially affecting the North Sea area (especially in the north). Next week the cold air is expected to remain present. Later, milder air may try to invade from the southwest though, but that’s way beyond the reliability horizon. Next week’s updated weather briefing will provide more information about this possibility. For now, stay safe and feel free to contact us at any time in case of questions or remarks.

We plan to post this weather briefing on our Infoplaza for Marine Weather Operations LinkedIn page as well. This is also the place where we will share other insightful marine weather articles, so be sure to follow us to never miss an update.